The store will not work correctly in the case when cookies are disabled.
Sustainability Tips - Why Agriculture Needs To Change
By Elizabeth
0 comment(s)

Agriculture is essential for human life on this planet. We need to be able to feed our ever-growing population. Unfortunately, we cannot continue as we are. Modern agriculture has a lot to answer for. And our current food systems need to change if we are to survive on this planet and transition to a better and more sustainable future.

In this article, we'll take a look at why agriculture needs to change. We'll explore the problems with modern agriculture. And we'll take a brief look at solutions that will help us meet the needs of today in an ethical and eco-friendly way without compromising the ability of future generations to meet their own.

The Problems With Modern Agriculture 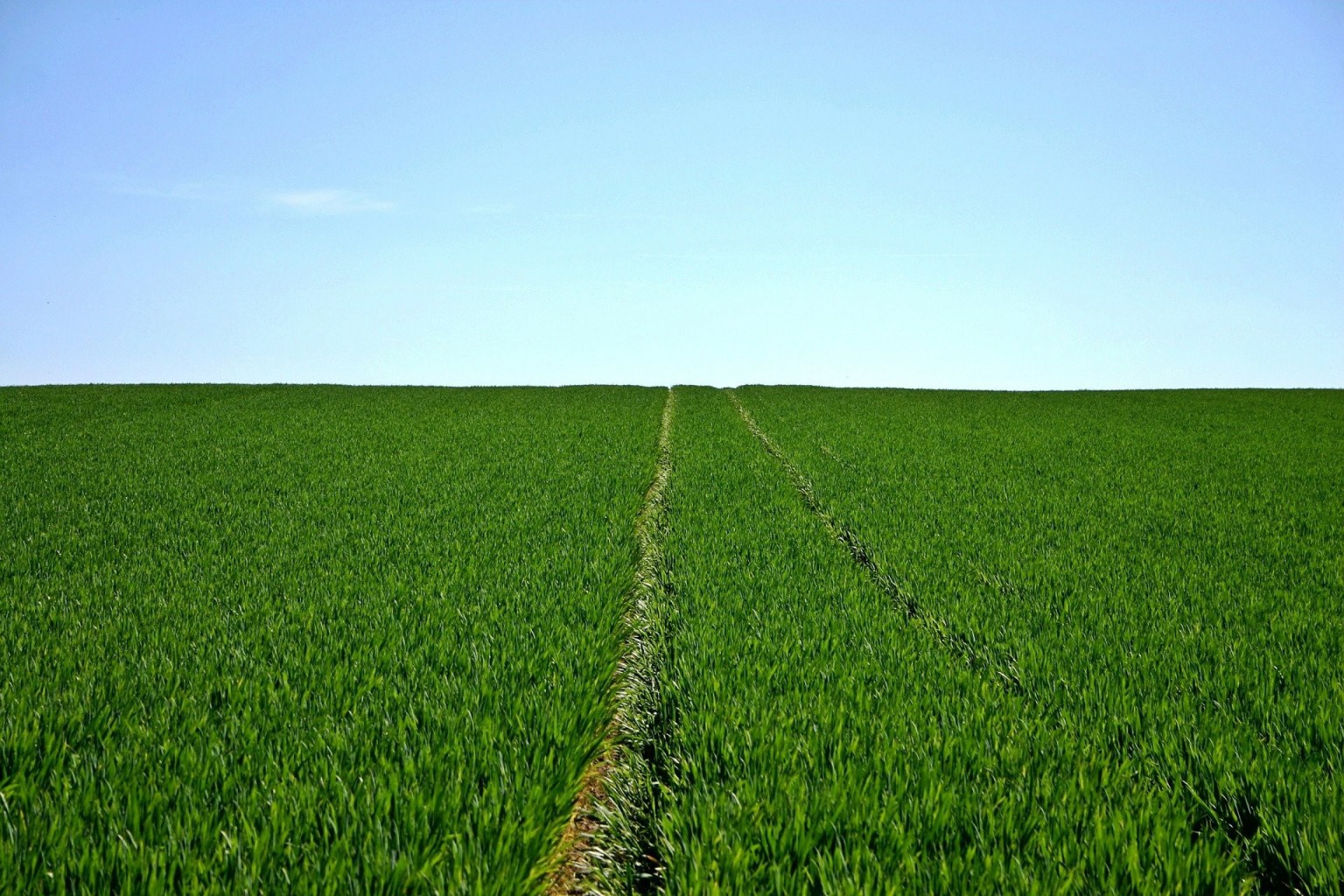 The use of modern farm machinery, tilling and other land management practices, mono-crop plantations, the use of artificial fertilizers, pesticides and herbicides all take their toll. The global picture of food production is not one that embodies sustainable ideals. Key issues can be identified that help us understand where things have gone wrong.

But it is not all doom and gloom. Understanding the issues is the first step in finding solutions to those problems. The problems with modern agriculture are serious and extensive. But there are already solutions out there that will allow us to change things for the better.

The Carbon Costs of Modern Agriculture

Not counted in the totals for emissions from agriculture are those emitted in the industrial sector in the manufacture of artificial fertilizers:

Almost 45% of the CO2 emissions from industry are the result of the manufacture of just four products: cement, steel, ammonia and ethylene. These industries account for 3 Gton CO2, 2.9 Gton C02, 0.5 Gton CO2 and 0.2 Gton CO2 respectively. Ammonia, largely used for agricultural fertilization, it therefore a major contributor to carbon emissions that contributes extensively to our climate crisis.

How Modern Agriculture Degrades the Soil

Non-organic, intensive, tilling, mono-crop farming practices damage the precious soil ecosystem on which food production depends. Soil contains a complex food web essential to the natural cycles that drive life on earth. By disrupting the soil ecosystem through tilling, monocrop agriculture, and through the addition of pesticides and herbicides, we risk losing the means by which nutrients enter our food chain. Globally, soil degradation is a huge threat to food security and our continued survival as a species.

Between one billion and six billion hectares of agricultural land on our planet is already classed as degraded or seriously degraded. We may well be familiar with desertification seen in certain regions. But the problem also exists beneath the bucolic fields of Europe. Soil loss from conventionally tilled land exceeds the rate of soil formation by more than 2 orders of magnitude.

This problem not only has profound implications for food security, it also impacts on climate change.

Non-organic farming uses vast quantities of water each year. Agriculture accounts for, on average, 70 percent of all water withdrawals globally, and an even higher share of “consumptive water use” due to the evapotranspiration requirements of crops.

The Negative Impact of Modern Agriculture on Wildlife

Of course, by increasing pollution levels in air, soil and water, non-organic, intensive farming impacts on wildlife in a range of profoundly negative ways.

Increased nitrates in soil and water can cause a range of problems within ecosystems, creating ocean 'dead zones' and impacting the natural wildflowers and other plants upon which a range of wildlife depends.

Of course, the impacts of pesticides and other chemicals in non-organic farming are also hugely profound. The impacts of chemicals used in farming on wildlife first came to the public consciousness in the early 1960s with the publication of Rachel Carson ́s 'Silent Spring'.

The affects of neonicotinoids on bees have recently been very much at the fore. There are numerous other impacts that are not as widely documented. But there is a mounting body of evidence relating to the use of many such substances and their negative impacts on wildlife and ecosystems.

We currently face biodiversity loss at an unprecedented rate. Biodiversity depends upon fully functional and thriving ecosystems. Scientists have shown, after studying more than 2,800 ecosystems in 100 countries, that 45% were at risk of complete collapse. Yet still, agricultural practice frequently does not use or value biodiversity as it should.

In fact, moving beyond individual wildlife species, non-organic agriculture also has a huge role to play in our current biodiversity loss crisis. When large mono-crop plantations dominate the landscape, managed with chemicals, drained and/or tilled, natural biodiversity is diminished.

The Human Costs of Modern Agriculture

It is not only wildlife that it impacted by the use of artificial fertilizers, pesticides and herbicides. Intensive agriculture can also have profoundly negative effects on human health and well-being. The use of toxic substances can impact on agricultural workers, though increasingly, there is evidence that eating treated substances could also have a cumulative negative effect on our health over time.

The World Health Organisation (WHO) estimates that over 350,000 people die every year from acute pesticide poisoning. This figure does not include deaths from cancer or other chronic diseases caused by pesticide exposure. In addition, the WHO estimates that long-term exposure may result in upwards of 750,000 people suffering from specific chronic defects and cancers each year. This number refers to developing countries alone.

But even in the UK, and around the developed world, the risk posed by non-organic growing is not negligible. The commonly used herbicide glyphosate, and pesticides malathion and diazinon have been classified as 'probably carcinogenic to humans', for example. Glyphosate and malathion are two toxic chemicals still in widespread use in non-organic agriculture around the world. The former is widely used here in the UK. These and other toxic substances have also been implicated in endocrine disturbances.

How We Can Change Things For the Better 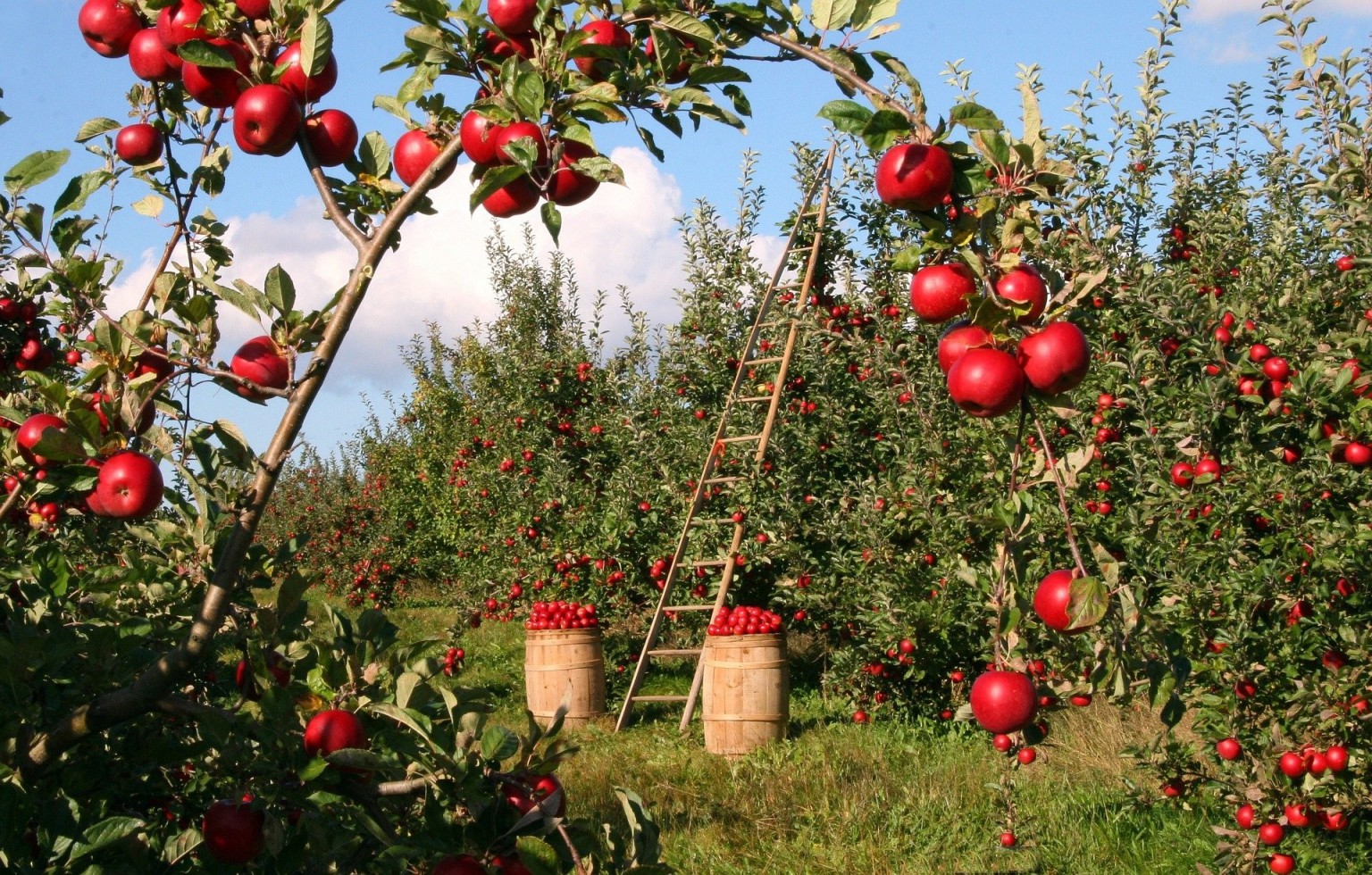 Agriculture has the potential not only to change for the better but to play a crucial role in tackling the various environmental challenges we face on this planet.

By adopting an organic approach, farmers and growers can avoid harm to wildlife and people, and help protect biodiversity, soils, water and ecosystems.

CO2 emissions per hectare of organic agriculture systems are 48 to 66 percent lower than in conventional systems. While in non-organic systems, 75% of emissions are due to N-fertilizers, feedstuff, and fuels, in organic agriculture, almost 70% of CO2 was due to fuel consumption and the production of machinery.[1] What is more, in organic farming, carbon farming practices can significantly increase the carbon storage capacity of farmland. Organic farming practices also reduce the emissions of nitrous dioxide, another damaging greenhouse gas.

Organic systems that implement no-till and soil cover practices significantly reduce soil erosion and topsoil loss. What is more, organic systems have also been shown to be able to 're-green' desert regions.  Take, for example, Geoff Lawton's project in Jordan.

Organic farming can often help to reduce water use, through sensible land management measures such as cover cropping, mulching, and adding plenty of organic matter to the soil. Where irrigation is required (such as in cotton production) it has been shown that organic production conserves significant amounts of water.

Farmers and food producers can help to protect bees and other wildlife not only by growing organically, without harmful chemicals but also by adopting a range of other agroecology approaches.